For the development of the museum and the opening of the corridors in the dunes, a lot of work has already been done in recent years. From 2013, the northern part of the corridors has been tackled. The work consists of excavating the corridors filled with sand and debris and all that is needed to open these corridors to the public. The fire control post, which has been made accessible earlier, is increasingly being brought back to its original state. The work is carried out by volunteers and has taken up some 45,000 hours from the start. Thanks to the work of the volunteers, it is becoming increasingly possible to give visitors an impression of what was built by the Germans during the war years.

On the photo the trailer of De Jong metalworks.
On Wednesday, March 14, HPL (High Pressure Laminate) was mounted on the underside of the roof of the fire control post. These plates are resistant to the salty sea air and defense.
The company Jong metaalwerken b.v. in Schagen this has been commissioned by Precium Kunststoffen bv. in Alkmaar for the museum.

Calculators are ready for transport to a new storage.

The items are stored in the new storage. It concerns the calculating equipment that we hope that after restoration the calculators will be placed in our museum and in the calculation room. 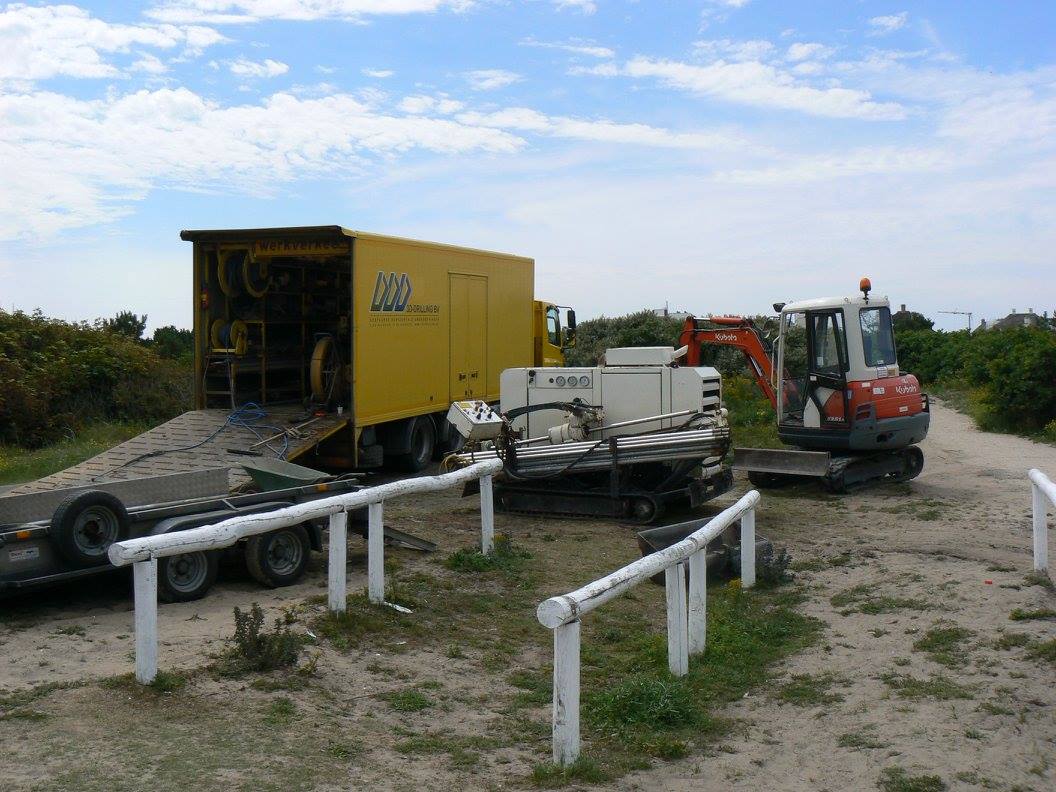 Today, the casing for the 380 Volt cable has been placed through a controlled bore from the entrance to the north corridor.

END_OF_DOCUMENT_TOKEN_TO_BE_REPLACED

As completion of the work at the 3rd observation post, the original odometer has been put on its original spot.

In accordance with our permit from Hoogheemraadschap Rijnland, the helmet was repainted after work to prevent dusting.

In order to be able to safely close the third observation post, shutters have been placed that disappear when the roof is opened.

For schools pupils who come by bicycle, three racks have been placed in cooperation with Staatsbosbeheer so that bicycles can be placed in an orderly manner this coming season.