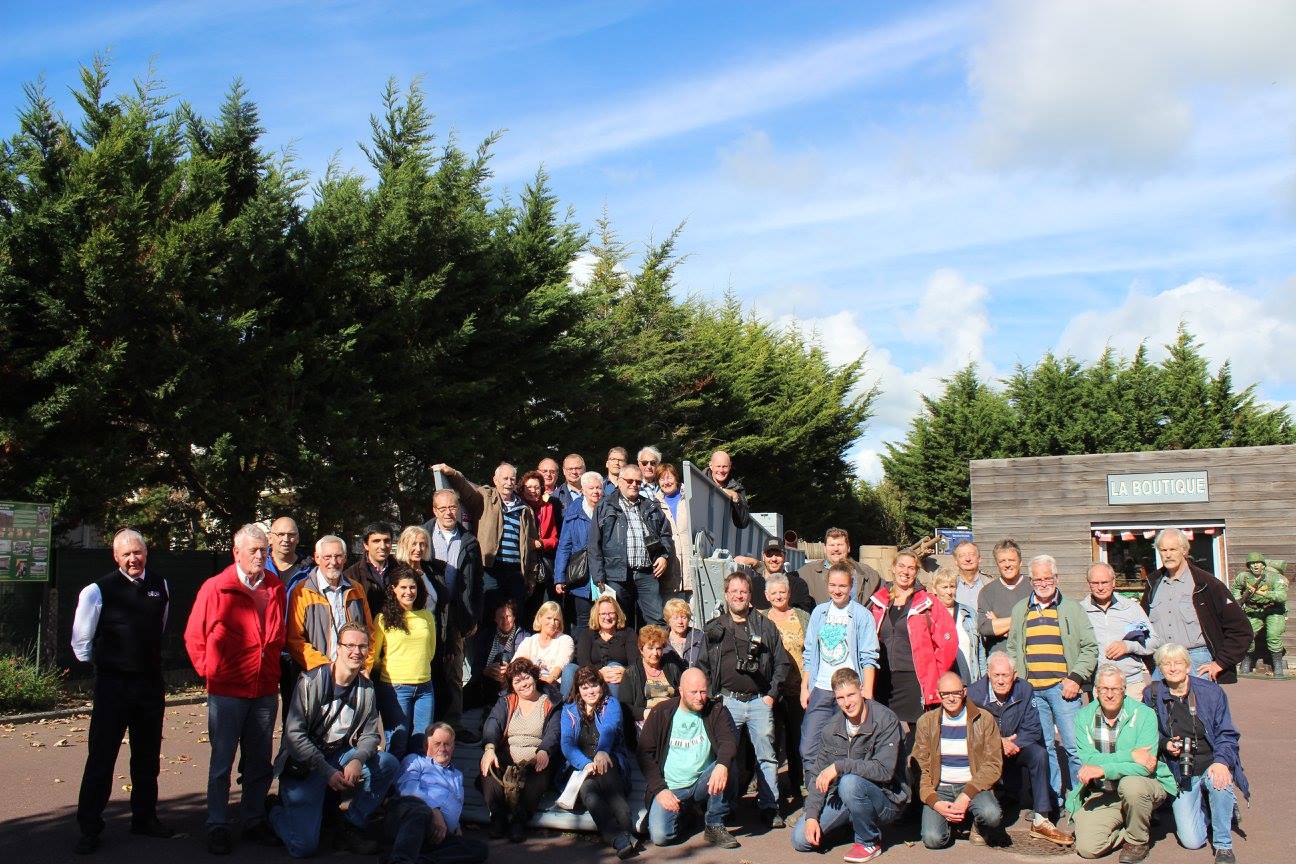 On Sunday 9 July the Fotogroep Lisse visited the Atlantikwall Museum after closing time. The group got 2 hours to take various photos. All participants were very enthusiastic.

On 6 June, Jan Heus from the Atlantikwall Museum Noordwijk showed students from the public primary school De Achtbaan from Voorhout. The photo is made in a gun bunker connected to the tunnel system.

On 6 April, the new “Walking route Atlantikwall Noordwijk” was handed over to Herr dr. H. Ruthe, Head of Press Information and Culture at the German Embassy in The Hague.

Saturday, November 5 there was no work but the volunteers could enjoy a day out. They visited Fort Eben Emael in Belgium near Maastricht with a total of 46 people.
Everyone enjoyed the trip, the lunch package and the coffee and later dinner at Van der Valk Eindhoven.

On Saturday, September 24th, during their journey with more than 50 means of transport from the 2nd World War, visitors came to both the Atlantikwall Museum and the Museum Engelandvaarders. During the break in the crash of the Crash Air War and Resistance Museum ’40 – ’45 vice versa they made use of both museums to visit. More than 80 visitors visited the Atlantikwall Museum.

Cheese specialist Peter den Elzen has taken his cheeses out of the bunker again. In May he put them in the bunker corridor of the Atlantikwall Museum Noordwijk. Den Elzen made this idea a few years ago in France. Due to the high humidity in the bunker, the cheeses get a special aroma. Last Saturday the cheeses were cut for a tasting for invited guests and volunteers of the museum, who liked the cheese. The cheeses are now for sale in the Elzen store on the Sint Jeroensweg in Noordwijk. source: www.bollenstreekomroep.nl